It’s been awhile since you’ve seen a 5FF post! Needing to get over some writer’s block had me revisiting the original 5 Fandom Friday girls: The Nerdy Girlie & Super Space Chick. See this post for a list of the prompts! If you’re already participating in 5 Fandom Friday, you may have noticed a few of us have made some DLC’s to complement the already lengthy blog prompt list. You can check out my first DLC for 5 Fandom Friday: the GG Pack (the Geeky Gal Pack)!

I had a hard time trying to narrow this down to just 5 things. From my birthday present this year being Hermione’s wand (which lights up with a flick of your wrist) (also, thanks Mom!) to planning a trip to Japan on Pinterest, there’s just too many every day geeky things that I do to have such a small list! I’ll give it my best shot; here’s my top 5 geeky things I have ever done.

I’m sure everyone has written fanfiction at some point… No? Just me? Damn. I had an account when I was about 12 or 13 that was just terrible. Not the account itself but my writing was horrendous. I ended up creating a new account on Fanfiction.net. I wrote Over Oceans which was inspired by my long distance relationship and my love for MMORPGs (imagine my frustration when I received a review that alluded I had never played a video game). My readers are still asking for new chapters 4 years later and, while I feel terrible for having an unfinished story, my heart is no longer in it, and my writing style has changed.

Maybe one day I’ll return to Over Oceans and give it the ending it deserves.

I’ve been to three anime conventions so far. My very first one was KamiCon 2013 in Birmingham. I went with one of my best friends and Alec, and we had a blast! We swore we’d cosplay the next go around. An opportunity fell in my lap to go again: MomoCon 2013 in Atlanta with Alec and my brother. Two cons in one year was more than my otaku heart could take. It was 2015 before I would go again. This time, my cosplay dreams came true.

It was my dream to cosplay Asuna from SAO and I finally got the chance! I did tons of research and even made a few blog posts on cosplay and conventions: attending your first convention, your first cosplay, and how to buy your cosplay online. It was a magical moment to have people ask for my picture and to be on Crunchy Roll for a few minutes (and to see the users light up the screen screaming my character’s name and telling me that I was cute was a confidence booster). I can’t wait to do it again!

Participating in a Kingdom Hearts Panel

So not only did Alec and I have to wait to see if we’d even be let into this panel for over 30 minutes (even foregoing another event), but once we got in, the panel was a bit of a let down. Don’t get me wrong. I’ve attended several panels, and they’ve always been interesting. We just thought this KH panel would be… more. We barely got to talk, and most of the discussion was centered around “what if’s” for 2.8 and III. Regardless though, we still had fun chatting with other fans, and it was a one of the geekiest things I had ever done.

Alec inadvertently started this. For my birthday about 4 years ago, he bought me a wonderful chibi Asuna from SAO. She was adorable and came with a million parts. I loved it! And I just wanted more. I’ve only bought one other figurine since then but Alec has collected a few as well. I can’t to have the space to properly display them and expand our collections.

Yes, this blog counts too! My very first blog was personal and very introspective. A Geeky Gal has become my special place on the internet since then and has become my favorite place to talk about all the things I love. My niche. My favorites. Everything.

What are the geekiest things you’ve ever done? Tell me in the comments!

With today being the first day of December, I thought I’d do a round 2 of Presents I Want Santa to Bring Me. I’m not a hard person to shop for. In fact, I cherish just about anything. I keep every card. Every mug gets a spot in the cabinet. Every necklace gets an occasion to be worn. With that said, here’s 5 things I’m hoping to see under the tree this year! *Some affiliate links have been used. Check out my about me page to learn more about these links.

I’ve been eyeing Fitbits for a year now. I can’t decide between the Fitbit Charge 2 or the Fitbit Alta HR. Both are the same price ($149.95) and do almost the same things. I’ve been getting my weight on track since April 2017, and I’d love to have one of these to help my journey.

A target gift card for all the clothes I’ve been seeing that I just NEED. Like sweaters and boots and cardigans and dresses and… I’ll stop. But for real, the clothes in Target call my name every time I go in. I just need permission (and money) to get my fix! 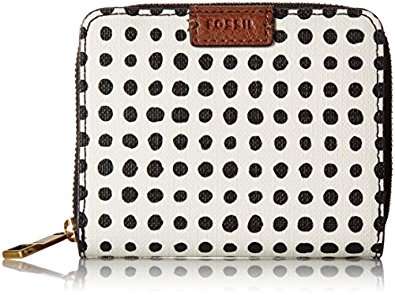 After a conversation about women’s giant wallets and being able to fit said wallet in your pocket, I found Fossil’s Emma RFID Mini Multifunction Wallet that comes in a variety or colors but this one is my favorite. Even if this one doesn’t find it’s way under the tree, it’s going to be mine on my birthday. Because “Treat yo self!”

A cozy hooded robe… I have needed one of these ever since I experienced a real winter where it actually gets below freezing! Not to mention the hubby prefers the house a lot cooler than I do so it’d be so nice to lounge around in a fuzzy robe… This one is from VS but save half with Amazon for this one!

What are you asking for Santa to bring you this year? Tell me in the comments!

With Thanksgiving around the corner here in the US, my mind has been on Thanksgiving FOOD constantly. Hubby and I are taking a trip back to my hometown to share Thanksgiving with my family. He’s never had Thanksgiving before, and my mom and I are super excited to introduce him to our favorite classic Thanksgiving dishes.