It was a cool afternoon in Alabama. The leaves had fallen, school was out for the week, and I was an awkward teenager visiting my (ex) boyfriend’s house for Thanksgiving dinner. I had carefully picked out my outfit and did my hair. I even applied a little make up besides just doing eyeliner which was my signature makeup look during high school. I really wanted to make a good impression on his family after all.

The introductions went without incident. In fact, most of the afternoon went fine! I felt a little less awkward by the time dinner was ready. I grabbed my plate and headed towards the Thanksgiving spread. After getting a little bit of everything, I sat with my (ex) boyfriend and started digging in.

Slowly everyone emerged from the kitchen to take a seat with their full plates. I was still chowing down and pretending to watch whatever football game was playing on TV. Then I heard his mother clear her throat pointedly. I looked over, and everyone was staring at me. Even my (ex) boyfriend.

I swallowed my mouthful of food and looked at him. He didn’t say a word, just looked at me with a mix of disappointment and embarrassment. His mother cleared her throat again. “We say prayer before we eat our meals in this house,” she snipped. My cheeks immediately flushed red, and I apologized shyly.

She started to pray so I bent my head down and closed my eyes, feeling incredibly embarrassed and more than a little pissed at my (ex) boyfriend for not giving me a heads up. She finished the prayer, and everyone muttered an “amen,” as you do. Everyone except me.

As everyone (finally) started eating, I finished my plate. Not knowing what to do, I sat awkwardly next to my (ex) boyfriend with my plate still in my hand. He made no move to give me any guidance or to make conversation. His mother saw this opportunity and moved in on me like a hawk hunting a mouse.

“Do you pray at your house?” She asked as she took a seat across from me, picking at her dressing.

“Not as much as we used to, but yes.” My face felt hot, and my hands were getting sweaty around my plate.

“What religion do you practice?” Her eyes darted over to my (ex) boyfriend before landing back on me.

“Raised? Does your family practice another form of Christianity now? You are Christians right?” This could not be anymore of an interrogation at this point. I hoped against hope that my (ex) boyfriend would butt in and save me.

“My family are Christians.” I so did not want to get into this. Especially with her. How do I get out this conversation without looking like an asshole? I looked at my (ex) boyfriend, but he was avoiding eye contact with me. Freakin’ coward.

Her eyes were staring hard into mine now. “Are you a Christian?”

And there it is ladies and gentlemen! The real question she wanted to ask! Unfortunately during this time in my life I had yet to grow a spine so instead of telling her to stick it where the sun doesn’t shine, I answered her truthfully.

“Um… I’m agnostic.” I stuttered out. My face was beet red at this point. I was sweating through my cute top. I hated this feeling. I hated being cornered and made to feel ashamed.

She looked… angry. “Agnostic? Do you even know what that means? Have you read the Bible? I think it’d do you some good.” She finished the last bite on her plate and walked away.

I looked at my (ex) boyfriend who I will now refer to as Blank. “What the fuck, Blank?”

“Shhh! Don’t let her hear you cussing like that.” Blank looked over his shoulder towards the kitchen where his mother was getting dessert.

“You didn’t even step in! You just let her steamroll me!” I whispered angrily. I shoved my empty plate in his hands. “I gotta go.”

I took the keys from my pocket and headed out the door. Blank didn’t even get off the couch to see me out. 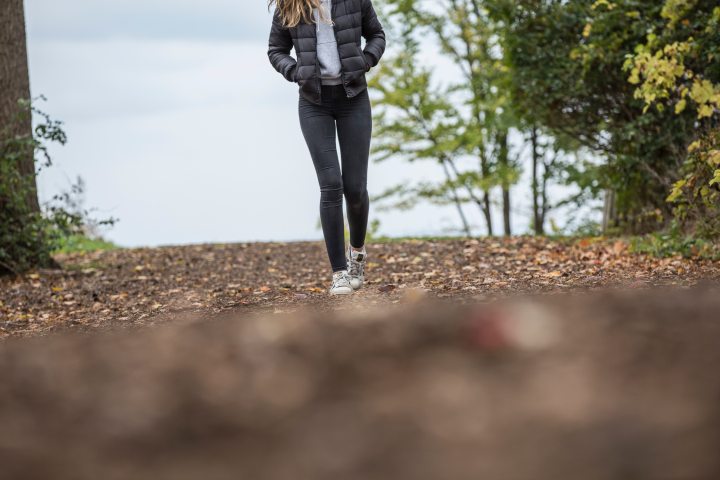 While that was a million years ago, I can look back at that moment as “That one time at Thanksgiving when I was shamed for being agnostic.” Yeah, it sucked, and I would have handled it much differently today. I learned that I shouldn’t be ashamed of who I am, but also that I needed a person who would stand up for me when I was being treated with disrespect!

What is the worst Thanksgiving family dinner conversation you were ever involved in? Let me know in the comments! Check out Daily Inklings on Normal Happenings for more prompts like this one!

13 thoughts on “That One Time at Thanksgiving”

Hiey y'all! 👋 It's been awhile since I've introduced myself and with so many new followers, I figured it was about time for a re-introduction! ⁠ ❤️⁠ My name is Megan, and I'm an INFJ, Capricorn, wife, and dog mom. I'm from Alabama but am currently living it up in STL with my Irish husband. I have a Bachelors of Science in Game Art, and I am a 3D modeler & graphic designer full time. I even freelance on the side, because I just can't get enough creativity in my day. My preferred pronouns are she/her.⁠ ❤️⁠ I am also the creator of A Geeky Gal, a blog that is about all the geeky things I love like gaming, anime, manga, cosplay, and more with mental health & real life posts sprinkled in. I also create videos on my YouTube channel Megan Marie that expands past my love of geeky stuff to my real life.⁠ ❤️⁠ Now that I've told you a bit about me, I'd like to know a bit about you! Give me a random fact about yourself! 😃⁠ ⁠ #ageekygal #geekygal #blogger #geekyblogger #femaleblogger #youtuber #geekyyoutuber #girlgamer #introduction #gettoknowme #randomfacts #funfacts #meinanutshell #aboutme #thisisme
On the blog: Put a Tune to It Tag // Thank you Keiko at Keiko's Anime Blog! Click that link in my bio to see what songs and anime I picked as well as who I tagged! #linkinbio⁠ .⁠ .⁠ .⁠ #geekblogsunite #ageekygal #geekyblogger #writingcommunity #writersofig #blogtag #bloggers #putatunetoit #animewesternsongs #anime #westernsongs #westernsongsforanime⁠
If you're struggling with those #resolutions, or you just need a supportive community, Geeky Gals Getting Healthy has your back! I started a group with fellow blogger @dcsarah of @geekswhoeat called Geeky Gals Getting Healthy on Facebook. You can search for our group, anser a couple of easy questions, then be well on your way to motivation and help from your fellow geeky gals!⁠ .⁠ .⁠ .⁠ #geekblogsunite #geekygal #geekyblogger #geekyyoutuber #geekygalgettinghealthy #weightlossgroup #fitnessgroup ⁠
On the blog: 5 Fandom Friday // 2020 Fandom Resolutions #linkinbio⁠ ⁠ @sartorialgeek recently partnered up with @meganelvrum and @superspacechick to bring back 5 Fandom Friday! I'm a bit late in joining, but I'm sure no one will mind! In honor of the new year, I'd like to present my fandom resolutions for 2020!⁠ .⁠ .⁠ .⁠ #ageekygal #geekyblogger #writingcommunity #writersofig #geekblogsunite #5ff #5FandomFriday #fandom #resolutions #fandomresolutions #geekyresolutions⁠
#throwbackthursday to this spunky couple at #AWA a million years ago. #storytime: So a funny thing happened on our way to the ball that night. I had initially worn a pair of cute, black glitter heels that matched my dress. We ended up having to park far away from the entrance to the hotel and the walk to the ballroom killed me (and my feet). My sweet boyfriend (now husband) literally ran back to the car to grab my flats that he so intelligently suggested I bring. He then ran all the way back to me as I waited in line for us to be let in. If that isn't love, I don't know what is. 💕⁠ ⁠ Also you can't see the pair of lucky flats because Alec is so tall (and I am so short). Such is life!⁠ .⁠ .⁠ .⁠ #geekygal #geekyblogger #geekyyoutuber #conventionlife #awaball #geekystorytime⁠
On the blog: 2019 Yearly Recap // Highlights from the month of #2019 include: my giant #wedding post, #GeekOutChallenge, our #DisneyMoon, and more! There's also highlighted posts from each month of 2019 along with the top social media posts of 2019. Check out what you may have missed! #linkinbio⁠ .⁠ .⁠ .⁠ #ageekygal #geekyblogger #writingcommunity #writersofig #geekblogsunite #blogrecap #yearlyrecap #2019recap⁠ 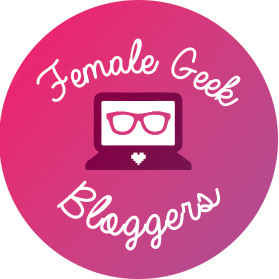