When I first really got into anime, I found a group of people in middle school who understood me. They quickly became my best friends and introduced me to so much more. Like manga. My very first manga was the second issue of InuYasha. I loved it so much that I sought out more manga, which landed me on Chobits. I never did find all of the volumes for it so when the anime came out, I knew I had to watch it. 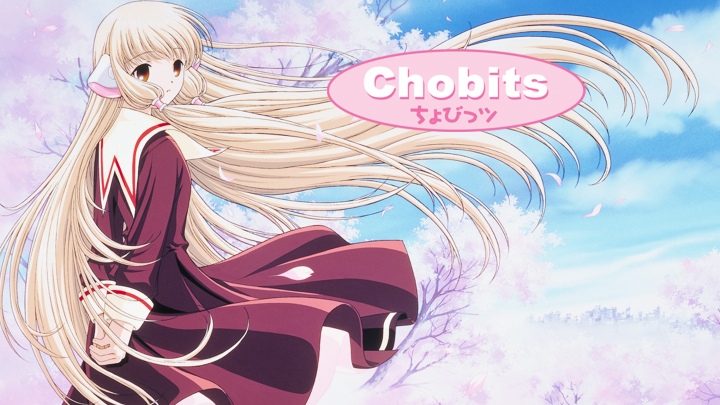 Remember how I like bitter sweet anime? Chobits fits right into this niche that I just love. The first few books that I managed to get my hands on were super interesting and I was so disappointed when they went out of print. I got super lucky and discovered the anime. Obigatory: the manga is probably better than the anime… but for someone who didn’t know how to read manga online and only had access to one major book store, the anime was the only way I was going to be able to enjoy the story.

Chobits is a hard anime to summarize. We meet Hideki, a country boy just trying to get into college in a place he can barely afford the rent and expenses. He definitely can’t afford the newest personal computers, persocoms. Persocoms are computers who look just like humans. He sees them everywhere, from the grocery store to the bus. To his surprise, one night he finds an abandoned persocom.

Upon getting her home, he realizes she may be defective. She can only say a single word: “Chii.” Chii becomes the persocom’s name. Chii also can’t download information to her hard drive like normal pesocoms so Hideki decides to teach her about the world the old fashion way. Along the way, Hideki uncovers an urban legend about persocoms who have human emotions and thoughts called Chobits. He becomes incredibly close with Chii which brings up that age old question… Can a persocom and a human fall in love?

The reason why I picked Chobits as the anime that had a big emotional impact on me is because this was my very first bittersweet anime. I found a love for a new niche I had no idea existed. Chobits opened my eyes to so many other anime within that genre. I love to be in my feelings when I watch this kind of anime so it became the one that had the biggest emotional impact on me.

What anime had a big emotional impact on you? Tell me in the comments!

2 thoughts on “Anime Challenge Day 24: What anime had a big emotional impact on you?”