This answer has changed a few times this month! The last anime I was able to finish before starting this challenge was at a friend’s house for “Anime Night.” But then I was able to try out a recommended anime and quickly binged the two seasons available of it on Hulu. I thought that would be the answer to this question until… My husband and I decided to pick up an anime I had only seen two episodes of and is one of his favorites: One Punch Man. 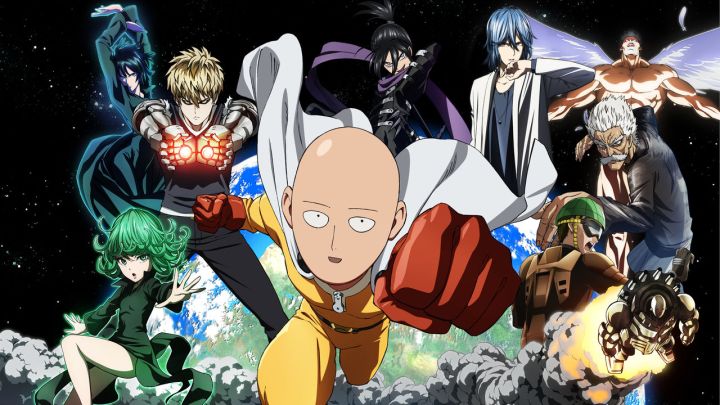 Unfortunately, I’ve only seen up to the third episode so I wouldn’t feel right giving this one a mini review. I’ve only seen One Punch Man and one other character in the above image so far. It’s not because I don’t like the anime. In fact, I like it a lot! It’s pretty good to someone who doesn’t watch much “just action” anime.

My thoughts so far? Well, it’s pretty violent, but what else would you think an anime about a one-punch hero would be about? I don’t do gore most of the time (with Walking Dead being an exception), so there were some times I had to turn away. I’ll admit that I’m a big baby when it comes to that stuff so I’m sure most people would have zero issues with the blood and guts.

Other than the fighting, there’s still other things to like about One Punch Man, and that’s the man himself. I like that we got a big taste of his origin story already; it’s always good to know where your hero comes from. He’s so… ordinary. He’s a regular person. He likes to shop sales, he’s apathetic, and he enjoys every day life like the rest of the world… begrudgingly. I’ve always said I found it hard to like an anime if I couldn’t identify with a character, and I identify with One Punch Man on that level. 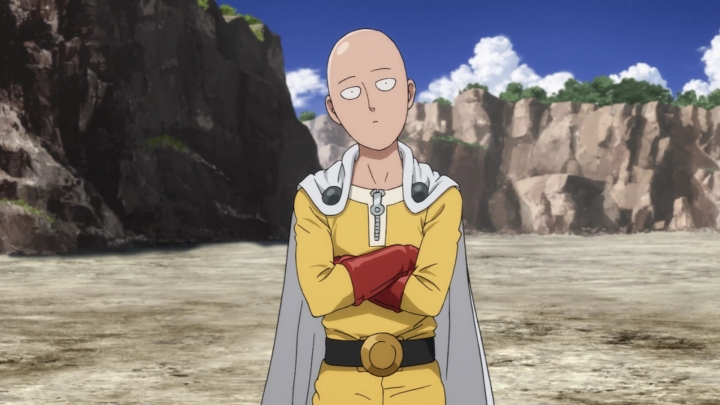 While there’s still more to watch and learn about One Punch Man, so far it gets my stamp of approval. I’ll finish this one up and do a Saturday Suggestion post after the 30 Day Anime Challenge wraps up. What do you think about One Punch Man? Please, no spoilers in the comments!

What is the last anime you watched? Tell me in the comments!

2 thoughts on “Anime Challenge Day 17: What is an anime you want to watch but haven’t yet?”

© Megan Price and A Geeky Gal, 2021. Unauthorized use and/or duplication of this material without express and written permission from this site’s author and/or owner is strictly prohibited. Excerpts and links may be used, provided that full and clear credit is given to Megan and A Geeky Gal with appropriate and specific direction to the original content.