There’s a hole in the wall in the internet for cult horror games. Games that are hard to find and scary to play. These games have found their way into my little gamer heart, and I spend a lot of time nowadays looking for theses games to play them again and recreate that same feeling… 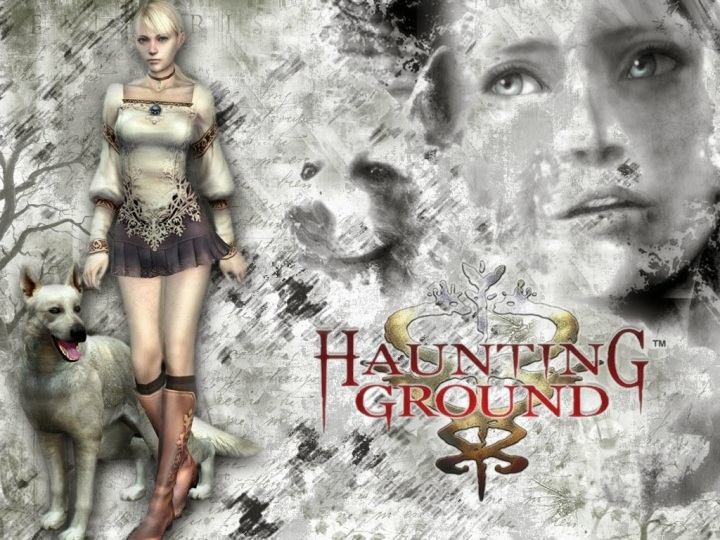 Haunting Ground was a cult favorite among the horror game enthusiasts, but also one of my favorite horror games.

You play as Fiona and befriend Hewie, a white German shepherd. After waking up in a castle after a car accident, you begin to seek an escape from the castle and its inhabitants. Fiona can hide and evade attacks from these enemies. Sometimes she’s even given the opportunity to fight. In order to save herself and Hewie, Fiona must unlock the secrets of the castle and its strange keepers.

Enemies that you encounter can be evaded, kicked, or hidden from. Fiona can use items to evade enemies or as traps that theses enemies walk into. Fiona also has the ability to run and back step to evade attacks. She has a Panic Meter, much like Clock Tower 3, in which she will run uncontrollably once it reached its limit.

Another game element that makes Haunting Ground one of my cult favorites is Hewie. Hewie is an important part of the game play and aids in Fiona’s survival. The player must build a relationship with him to build his trust. He can be given orders to search the environment, attack enemies, and other basic commands.

While the game is often compared to Clock Tower 3, making Fiona an object of desire makes this game different among other horror games I’ve played. While it’s nothing new to have a sexy female lead, this sexualization of Fiona makes me feel more endangered and fragile… and makes the game even more disturbing. With other sexual elements integrated into the story, I would say there’s definitely a cause for a TW for sexual themes and violence.

What cult game is your favorite? Let me know in the comments!